It all started with a visit to the annual Plant Fest & Sale of the Cumberland County Master Gardeners at the Extension Office.   The Extension Office has a nice little herb garden as a demo – which provided some ideas for the make-over plan.  The plant sale featured a lot of herb selections as well as native plants.  Here is what we bought:

Our existing herb garden already had a nice selection of herbs, but it was missing structure and a focal point.  After seeing the demo-herb garden, we realized that what we really needed was a path.  We had a stack of old bricks and a fair sized pile of wood chips – which together were the prefect start for a path.
We used string and a tape measure to find the exact center of the existing herb garden, and marked out a circle.  From there we marked out the paths, and then started digging about a foot deep.  Several existing herbs had to be dug up for transplanting, as did some of the strawberries, which still take up half the herb garden space.

Once the circle and paths were dug out,  they were lined with bricks, and then filled in with wood chips.  The center of the circle was marked by four curved pre-formed cement sections (which we happened to have lying around as well).

We planted flowers in the center of the circle and stuck in one of our ‘yard-art’ pieces and then planted our herbs, marking each one.
This project started Saturday around lunchtime, and was finished before dusk on Sunday.  (Not too bad for Sammy and Tina) 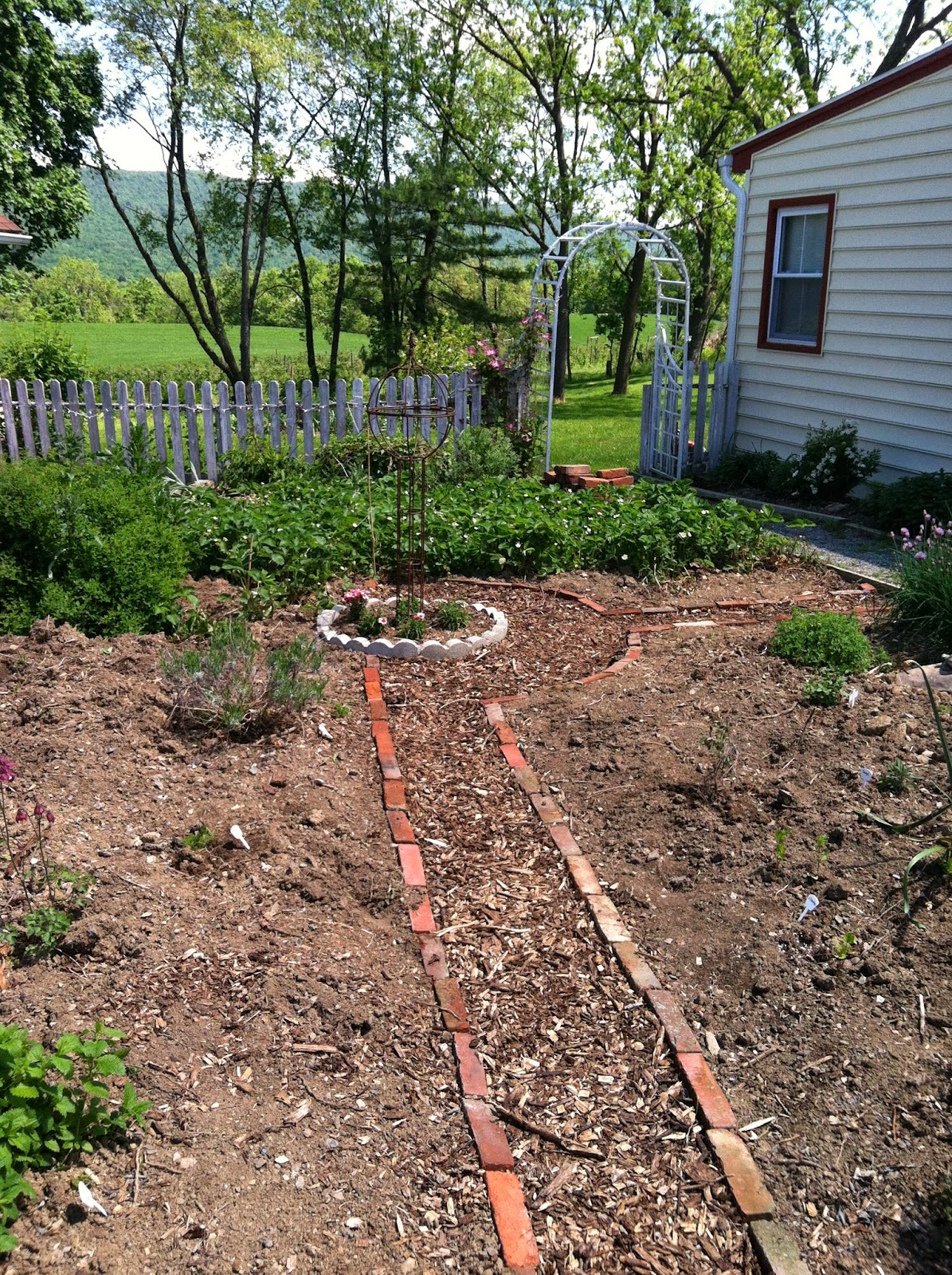